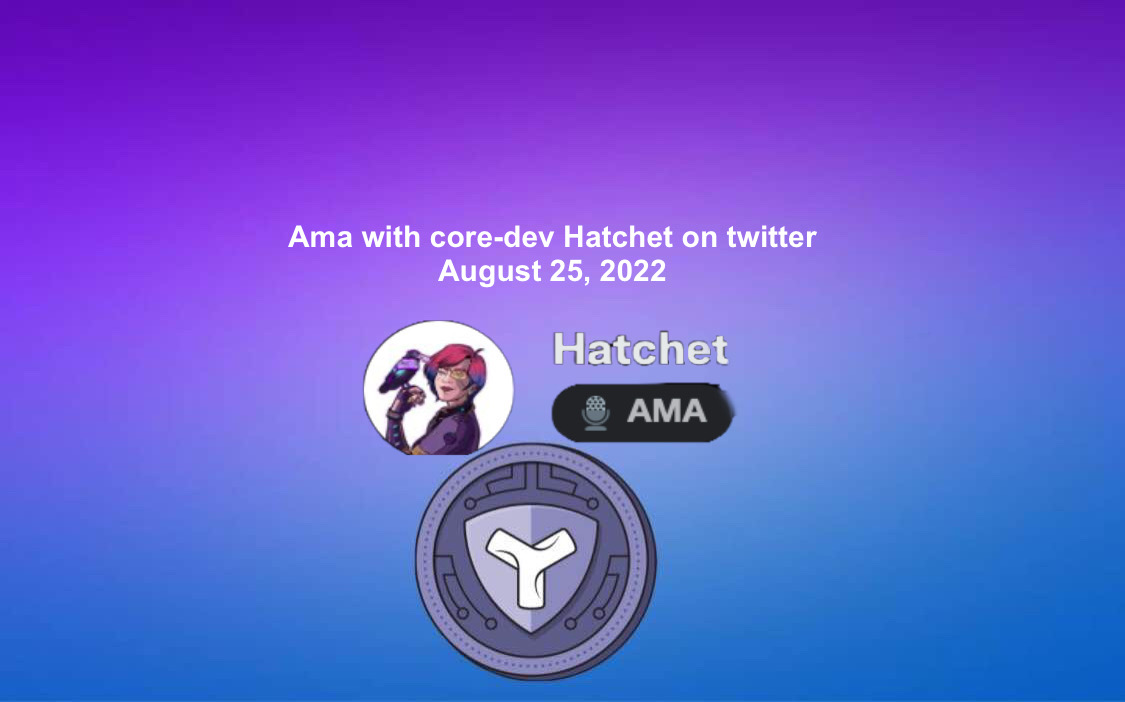 Today Hatchet tweeted to host an AMA with the NEM&SYMBOL community and this is what she had to say:

Hatchet: I want to use the new Twitter feature called “status”; I will be answering questions about #NEM and #Symbol for the next two (2) hours.

In this article, you can read what was discussed at this AMA and what questions were asked and, accordingly, the answers to the questions.

The first question was from Symbonly: Is it true that ValkyrieFund no longer manages funds? If yes, why?

Hatchet:  Yes, the asset management contract was (officially) terminated in August. We are now at a point where it makes more sense to build these capabilities in-house rather than outsourcing them, especially since we are focusing on Japan. More details on Discord coming soon!

Symbonly: Thank you. So, am I correct in understanding that multi-sigs are currently managed by three main developers multi-sigs?

Also, was the recent NEMTUS funding implemented after the ValkyrieFund was no longer in control?

Hatchet: Both wallets are currently 2 out of 3 multi-sig, however there is no change in fund management. Valkyrie could invest or direct funds only at the discretion of the client.

The NEMTUS donation was made in April:

Symbonly: I think your support for NEMTUS is a wise decision.

Then in April there were 5 out of 7 multi-signatures, right?

Have any useful investments been made under the direction or promotion of the ValkyrieFund? Please let me know if you have specific results.

Hatchet: You can view the entire transaction history in the block explorer. During this time, no investments were made from the protocol treasury, however, we managed to secure our funding for the next three years during the last cryptocurrency crash through internal trading.

This year we have some interesting announcements. We make every effort to eliminate the risks associated with crypto markets or traditional markets and guarantee both community funding and research and development.

In addition, a major Japanese investor Tresto🐺 raised this topic about ValkyrieFund in the NEM&SYMBOL discord a few days ago, here is what he said:

Tresto: Why have status-updates from Valkyrie stopped? Is there just no information currently available? I was absent from all SNS from May to July so I just may not know why.

For example, Twitter user @X_matsuno also asked questions about the termination of the contract with Valkyrie, why it happened and when. Since Valkyrie and NEM&SYMBOL terminated the contract in August, as mentioned above, according to Hatchet, and there was no announcement about this, Hatchet added the following in Japanese:

Hatchet: I think there will be an announcement from Valkyrie soon, but from our point of view, we are at a stage where we can create these services ourselves, and not pay third parties. We were unable to justify the cost of the service we received. Especially in a recession.

The captain must act immediately to avoid potential catastrophe and set a safe course.

X_matsuno: The rule of thumb is to cut unnecessary costs in a bear market.

Hatchet: This is the correct answer. In other words, I expected Valkyrie to take on a job that I didn’t have time for. They could not provide these services at the same speed and at the lowest cost that we could provide in-house, so we ended the partnership to avoid additional costs.

I think the community is outraged that there wasn’t a big public announcement. But legal contracts are not made with the community, but with people (especially me), so the legal risks and fiduciary responsibilities are on my shoulders. What’s more, the other side said, “We’re embarrassed, so please don’t post it.”

While decentralization is a journey, but users forget that without real people signing legal documents and real companies, they cannot be listed on exchanges or use services such as asset management companies, right? I made the right decision, but time will tell if the community thinks so! Let’s see.

XEM555: Thank you very much for your clarification, as differences in culture and attitudes inevitably lead to misunderstandings. I wholeheartedly support the development of NEM and would like to help as much as I can.

X_matsuno: In other words, as far as I understand, you are on the cusp of creating an organization or system to manage funds, whether it will be made public or not?

Hatchet: Yes, this is a key part of Lingua Franca’s activities. It is a treasury management organization that provides a quadratic funding platform and pool (as well as hosting other investments that need to be transferred from the NEM Group).

X_matsuno: You talked about this some time ago. Will it happen in the next few months or so?

Hatchet: In March of this year, I warned everyone about the coming bear market. We have created a Treasury Tracker to demonstrate how we made these informed decisions. This gave us the opportunity to mitigate the risks for #Symbol and #NEM, and we did.

The next topic was about comparing the Symbol blockchain with other projects and the following question was asked:

Hatchet: Not really, ZetaChain focuses on using Tendermint, a BFT (Byzantine Fault Tolerant Proof of Stake) based consensus algorithm that cannot scale beyond a certain number of validators. They are building a one-stop blockchain platform using Cosmos decentralized blockchain innovations but will compete for the same user base as ETH and SOL.

Instead, we will focus on a different challenge: how to create a high-speed peer-to-peer transaction facility (peer-to-peer) for each blockchain protocol (and not only) that will become the basis for a new type of global exchange?

In terms of blockchain projects, our closest competitor will probably be Vega Protocol, but our real competitors are centralized exchanges (like Coinbase).

Faunsu19000: What do you think is the best feature of Symbol/NEM compared to other chains?

Hatchet: Symbol does not require liquid staking as it already exists because there is no lock-up period – you can withdraw your stake at any time.

So, in Ethereum and in other protocols, the proof-of-stake consensus algorithm, the tokens are “locked” there. Liquidity staking there is a kind of IOU.

Symbol is one of the few chains that does not have a blocking or vesting period for validators or harvesting. As long as “importance” exists, your funds can be withdrawn from your validator account at any time.

In addition, Symbol has built-in support for multisig – many networks (including @zilliqa and @avalancheavax) do not support multisig accounts or contracts on their mainnet.

The Japanese and Korean communities are very important. Having a non-US community means that developers can create apps and target a specific group of users that are not on Ethereum or other networks.

Angoshicom: Sorry if this is a duplicate question.

2) The situation with FUSHICHOU Foundation

3) The situation with Lingua Franca

Lingua Franca is in its early stages, but things are going well. Recently I was in Bermuda (before my vacation). Discord has a status update.

Hi @Pirate – I am in Bermuda for a few days (will make sure to take pictures) for Lingua Franca stuff, so apologies for falling off the bandwagon on tasks. 🙏

Symbol Syndicate is alive and well and in the early stages of its operations.

Please note that starting a successful non-profit organization in the US is one of the hardest things you can do, especially in the current climate. I’d say it’s a bit more difficult than getting a company listed on the NASDAQ!

Our resources are prioritized around NEM node rewards, our SDKs, and ensuring the test coverage and stability of our current wallets.

The Hermes wallet is still being planned, but we have a huge amount of work to do to clean up our existing products before we can move on to the next one.

We want to keep our existing products in good condition before we move on to the next shiny thing. This allows the executive team to focus on building our nonprofit and commercial structures in parallel.

By the time the article was finished, a post from Valkyrie had been published, you can check it in the general Discord chat.

Thank you so much for allowing Valkyrie to join you on your journey! It has been such a pleasure watching you grow and being a part of it!
As our contract comes to a close, we wish you the absolute best of luck and will be rooting for you.

Let us know if we can ever be a resource for your community as you continue to grow.

All the best,
Leah

Hatchet:
Thanks for your partnership, Valkyrie! Even though we were only able to work together for a short amount of time, it was a pleasure getting to work closely with your team.

See you around in the ecosystem – let’s continue to take the world by storm! 🦾

Thank you very much for your attention, you can support us: