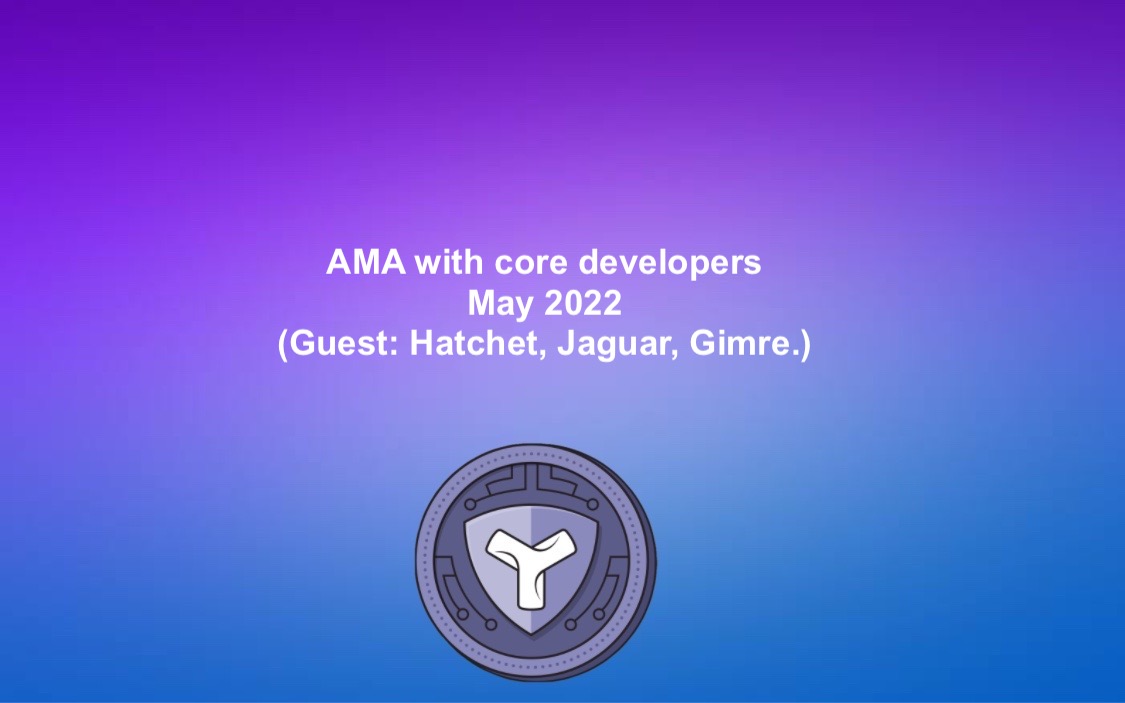 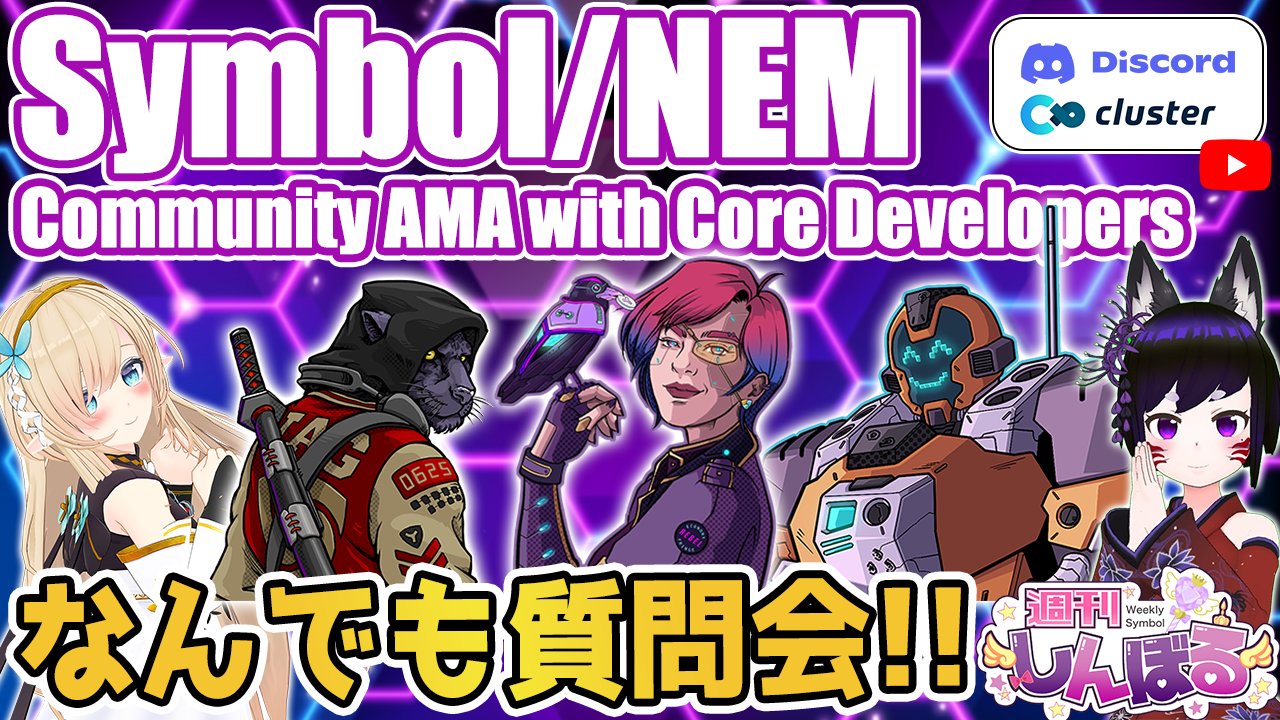 This AMA took place on Discord, Cluster, and was also livestreamed on YouTube.

Hatchet: The Garush wallet is still under development. We no longer announce dates and deadlines because historically we can never keep them.

We plan to announce and launch many products next year at SymbolCon23 (a conference in Japan). We hope Garush will be ready by this time.

Jaguar: We need to focus on hiring more people to help us build Symbol and NEM products.

2 Question: How many employees are involved in the development of Symbol?

Hatchet: Same as before – 11. Because big teams are inefficient.

Gimre: We have created 3 divisions (companies) to pay salaries for the main part of the team.

Hatchet: People from the US work for The Symbol Syndicate, which does R&D for Symbol and NEM. Salary is tied to standard pay ranges, which we intend to release at a later date. Right now, all funding comes from NEM Group’s reserves. People outside of the US are still on contract with the NEM Group (I’m the sole director) and will all be transferred to The Symbol Syndicate soon.

3 Question: What do you think about holding a hackathon with prizes in BTC and ETH, so that other users learn about the benefits of Symbol.

It would be great if third-party developers could join Symbol and see its value as well. Since few people want to own XYM, what are your thoughts on expanding to be able to claim a prize in ETH or XYM?

Hatchet: This is a very bad idea.

Jaguar: The hackathon is a good tool to introduce users to Symbol, but it is important to reward participants only in XYM, as participants are encouraged to stay after the hackathon and continue to improve the Symbol ecosystem, and not be mercenaries (temporary) working only for money in BTC and ETH.

Hatchet: On top of that, the Hackathon really needs to target and challenge existing engineers in the Symbol ecosystem. Hackathons rarely advocate bringing in “outside talent.” If anyone here has ever attended a Devcon, EthCC, or ETH Denver hackathon, they should know that these events are all hosted by people within the Ethereum ecosystem.

There are many people who attend hackathons as “professionals”. That is, they go from hackathon to hackathon just trying to collect more prizes. But they don’t really care about the underlying project or the blockchain. So you don’t want to reward these people. In addition, NEM Group made this mistake at its last hackathon.

You should also be aware that the existing engineers in Ethereum are not very good. 😁 Most of them will disappear in this bear market. They just copy the code. Bitcoin has less than 100 engineers.

Jaguar: Accordingly, we were disappointed to see that the COMSA project started accepting ETH for payments instead of only XYM (or even XEM). We saw COMSA as a reason to encourage people to use Symbol, but once they started accepting payments in ETH, we lost that reason why people want XYM. 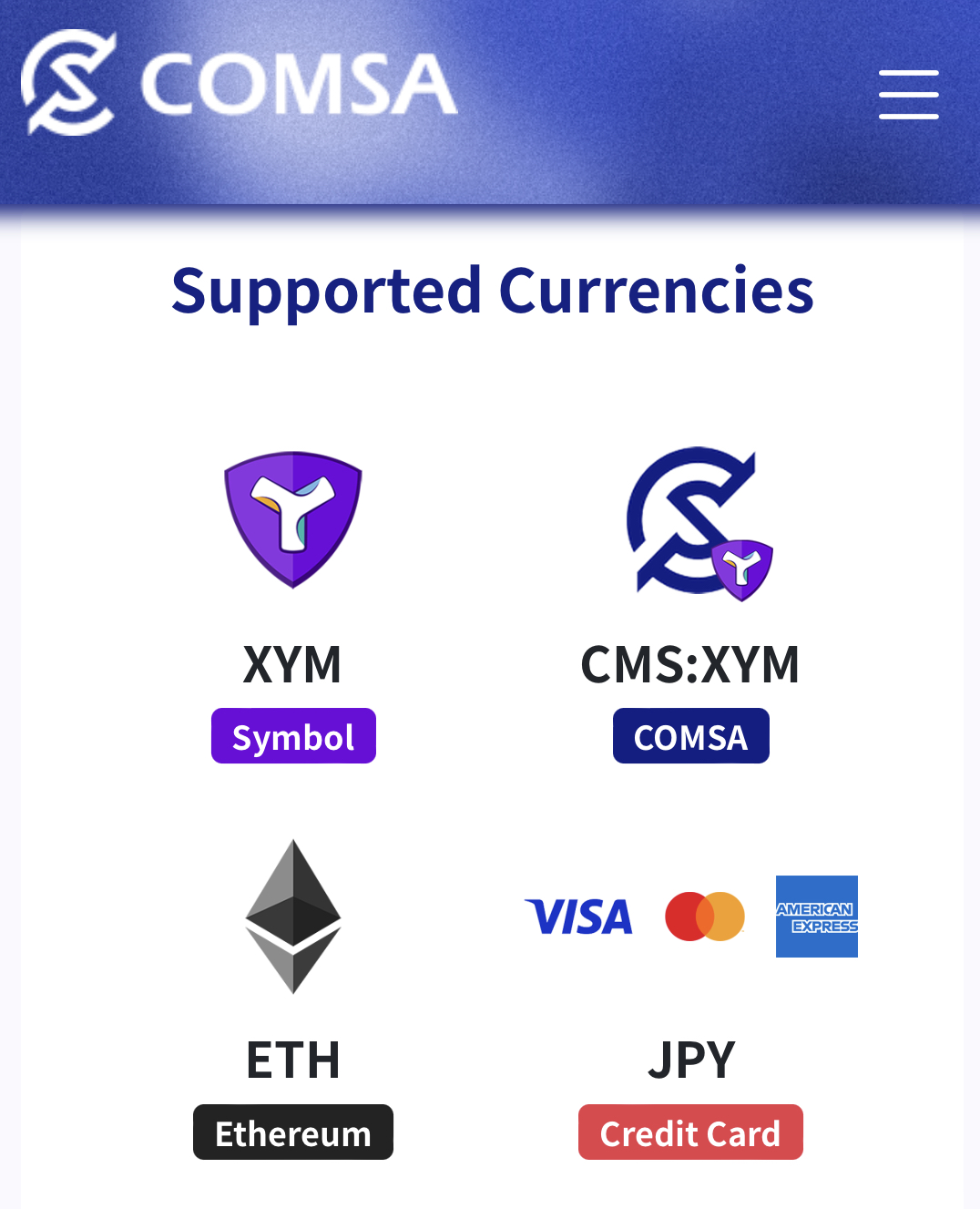 Hatchet: XYM is money, XEM is money, we need to start treating it that way.

Q: When will the documentation be rewritten and the old SDK replaced with the new one? If this is not done, it cannot be said that it is convenient for developers.

Hatchet: Just for comparison, according to a report from engineers at Electric Coin Capital, there are only 18,000 developers in the entire crypto industry. 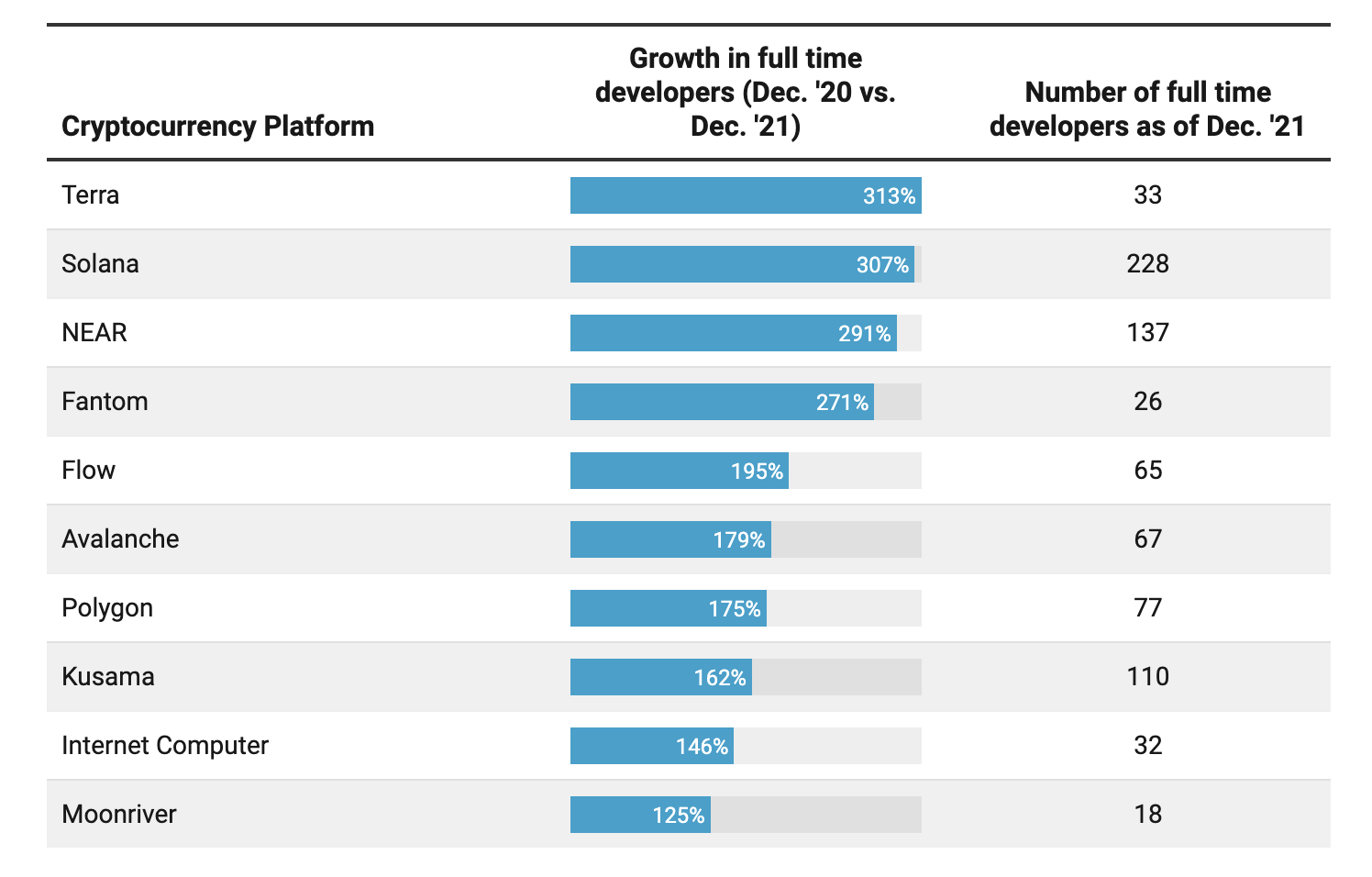 This space is still very small. Therefore, we are not as small as you think!

Gimre: We are currently in the process of hiring a technical writer to help us get this area up and running.

Hatchet: Or you need to teach the development team to document along the way. Since the responsibility for writing documentation lies with the developer, and the technical writer simply systematizes everything.

Question: The most important thing now is the official website and documentation! I don’t need a roadmap or future development.

Hatchet: You don’t need a website. Do you know why so many successful projects in Ethereum and Bitcoin do not have websites? This is not the Web3 way, so when we have a new vision for the product and roadmap, we will launch our website. Therefore patience. Flashbots is a product of 4B TVL on Ethereum and this is their website: 👉

Q: Where do you usually enter a Symbol when you first touch it? Bitcoin has bitcoin.org

Hatchet: This site was created by Cobra, a member of the community. So if you strongly feel that you can create something like this, give it a try! If you want to learn Symbol from the outside, you can go to Twitter, and Discord is the Web3 way to go. And so far it has worked pretty well for us. I know these methods may seem strange, but we are firmly on the right track – keep secrecy until we have something of value to advertise. Since there is only one chance to impress the world.

For example, Hummingbot is an extremely successful project. This is their site. Therefore, even Ethereum’s own website is created by the community.

Jaguar: Do you remember the number of complaints about the Japanese site NEM from a certain raccoon user? I think the community can do a very good job of building the website.

Hatchet: Our old site lost a lot of candidates. Because we don’t have a website right now and people have to spend their time learning the code and Twitter. I wouldn’t have joined the project if I had seen the old Symbol site. Good projects are those that do not advertise themselves. They are more exciting and attractive. Because you feel like one of the “first” to discover it.

Q: Personal wallets like Arcana and EXYM are being developed, but what will the official wallet look like in the future? Is there any integration between NEM wallet and XYM wallet?

Hatchet: There will be Hermes and Garush. We are building our products with version 2.0 in mind and they will be compatible (XEM and XYM).

Question: I would like the developers to tell the community what they want at the moment.

Hatchet: In particular, I want to see more integration of XEM and XYM payments. And more activity around NEM.

Gimre: We are restarting the NEM (XEM) supernode program. This program will have lower requirements to run its own node.

Q: Why doesn’t Symbol have DeFi, especially Decentralized Exchange (DEX)? If it is possible to exchange mosaics, then we can make tokenomics. If this can be done, developers will be able to create decentralized applications, and the number of people who complain about the price will also decrease.

Hatchet: Mosaics and XYM can be exchanged. That’s what an atomic swap is. So community member @toshi#7346 built a full DEX into his #THE-TOWER game.

I think a lot of our community doesn’t understand what DeFi is.

You want integration with Ethereum dapps to be just a “revenue farm”. But that income has to come from somewhere—there has to be demand at the other end. Where is the demand for XYM and XEM?

Consider: Anyone in the community can create a wrapped XEM or XYM (ERC20) token and run it on Sushiswap or Uniswap using atomic swaps.

Gimre: You could actually “wrap” Symbol or NEM tokens, but that would be more of a social (and trust-based) contract than a “programmable” contract.

Hatchet: There is no product that can “just make money”. Haven’t we learned anything from UST and Luna over the past few days?

If you need DEX to trade 👉 https://atomicdex.io

I recommend integrating NEM and Symbol into this open source project. So  @XEMBook and @Faunsu together could do it.

Hatchet: Since there are atomic swaps in the protocol, this is all you need to create your own DEX (Decentralized Exchange).

But I do believe that DeFi products will be outlawed in Japan in the next six to nine months and the collapse of Luna will have dire consequences. Korea has already taken tough action, Japan will soon follow.

Jaguar: In NEM you can do this using a multisig as an escrow account, but in Symbol it’s much easier using aggregated transactions.